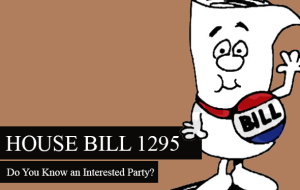 The State of Texas Legislature passed, and the Governor signed into law, House Bill 1295 (HB1295) in 2015 amending Government Code Chapter 2252 by adding Section 2252.908 for Disclosure of Interested Parties effective September 1, 2015.

What does this mean?

This means that Texas Government Code Section 2252.908 requires that a disclosure of interested parties form be completed and submitted to the Texas Ethics Commission (the “Commission”) for all contracts that require approval by an entity’s governing body or have a value of at least $1 million.

How does this affect you?

Both governmental entities and vendors are affected by this new legislation.

1. If the governing body of your governmental entity approves new contracts or amends existing contracts, or

2. If the management of your governmental entity approves new contracts or amends or renews existing contracts with a value of at least $1 million,

Your governmental entity will need to ensure Form 1295, Certificate of Interested Parties, was completed and filed by the business entity (vendor) you are contracting with and notify the Commission within 30 days after the date of the contract of your receipt of the completed and signed Form 1295 from that vendor.

For the contracts applicable to either items 1. or 2. above, vendors will be required to complete Form 1295 via an electronic filing application with the Commission, print, sign with an authorized agent, and submit to the governmental entity that is the party to the contract for which the form is being filed.

Are there any exceptions?

What happens if you don’t comply?

How do you file?

The Commission has stated that it will create an online platform wherein a business entity (vendor) may complete Form 1295. Upon completion, the system will generate a certificate of filing. This certificate and completed disclosure form must be printed, signed, and provided to the governmental entity with which the business entity is seeking to contract prior to or at the time of the contract’s execution.

Are any other forms superseded or replaced by this legislation?

No forms were superseded or replaced by this legislation.