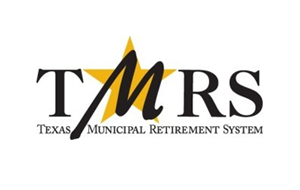 GASB 67 is applicable and effective for the TMRS plan itself as of their 12/31/14 fiscal year end. TMRS has engaged the firm of Gabriel Roeder Smith & Company (GRS) to perform its actuarial valuations. In addition, the TMRS auditor will be providing an audit opinion on TMRS fiscal year 2014 financial statements, an audit of the Schedule of Changes in Fiduciary Net Position by employer and an opinion on the “schedule as a whole”, and a SOC-1 Type 2 Audit Report.

TMRS will serve as the sole communication point for Employer Cities and their Auditors. In order for all member cities to have timely access to information necessary for their 2015 fiscal year audit, it is imperative that they sign up for access to the City Portal. More information on this can be found at http://www.tmrs.com/city_portal.php

TMRS will be providing Employer Cities with a GASB 68 reporting package addressed to each employer, including a certification letter signed by GRS actuaries. The reporting package is expected to include the following: executive summary; financial schedules including a Schedule of Pension Expense, Schedule of Outflows and Inflows (current and prior periods), schedule of changes in net pension liability and related ratios (current period); glossary of terms; and certification of census data used in the valuation.

In addition, TMRS has created a dedicated email address for GASB 68 inquiries, pensionaccounting@tmrs.com.

For more information on your employer responsibilities or general information, please don’t hesitate to contact us. Additional resources are available on our website, www.texasauditors.com