Hackers cause delay in year-end processing of Single Audit reporting

Hackers cause delay in year-end processing of Single Audit Reporting

If your organization is lucky enough to have federal grants over $500,000 and require a single audit, you 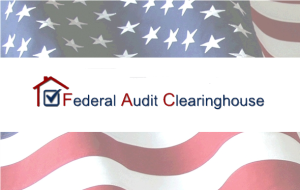 will notice a change in your after-audit process. If you don’t have a single audit or know what a single audit is, consider yourself personally fortunate in your own right and you can stop reading now. If you do have a single audit in 2015, particularly if you were involved in the process of submitting the data collection form to the Federal Audit Clearinghouse (FAC), please take note as described in the balance of this email that the FAC system is down until further notice.

As members of the Government Audit Quality Center (GAQC), Belt Harris Pechacek (BHP) receives regular alerts on topics such as this one. In the latest update on the FAC submission deadline, GAQC notes that this additional extension should alleviate concerns regarding the inability to access the FAC website. It is also mentioned that the FAC IT system will force a password change once the system is back online. Even though the Census Bureau believes only public information was accessed, they are taking a very cautious and preventive stance.

If your audit is completed while the FAC system is down, there is no action required of you. For our BHP clients, we will automatically initiate the processing of submitting your Data Collection Form to the FAC when it is again accessible. As in prior years, you will receive automatic emails of the steps necessary to complete the submission process. For those of you who are not BHP clients, we recommend that you contact your independent auditors to determine their process as the site becomes active. Because of the current backlog and security changes that are expected to be implemented, it is likely that the process will take longer than in years past.

We will continue to monitor the GAQC Alerts and the FAC website for additional information on further extensions or the availability of the website for single audit submissions. Feel free to be in touch with us at BHP if you have any questions or concerns about this topic.